Evaluation by outside organizations 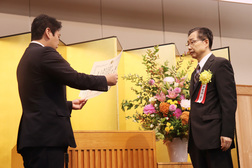 STA Ibukiyama was highly praised for his services as a Japanese member and as secretariat committee manager of ISO/TC206 (Fine Ceramics), and for his efforts to establish international standards for phosphor materials used in white LEDs, thereby contributing to improving Japan’s position and strengthening its competitiveness.

The global uruoi website, which is administered by Denka Corporation (New York, US), has been awarded Site of the Day (SOTD) by the international web design award, Awwwards.

Awwwards is a prominent web design award that is attracting the attention of web creators around the world. Using the four evaluation criteria of Design, Usability, Creativity and Content, jury members and registered users vote every day, and the best design and functional website is selected as the Site of the Day (SOTD).

The global uruoi website which won the SOTD award on this occasion, was evaluated highly, scoring at least 7.2 out of 10 in all four criteria. The website has been recently launched by Denka Corporation to strengthen sales of uruoi in the US. 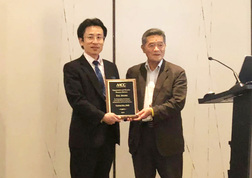 The ZAK Award was established by the AACC in 1990 in honor of Dr. Bennie Zak who rendered distinguished services in the field of clinical testing. It is an honorable award bestowed once every two years by the AACC Lipoproteins and Vascular Diseases Division (LVDD) to persons who have made remarkable contributions to clinical chemistry research in the same field.
The award ceremony took place on August 5, 2019 at an AACC LVDD seminar being held in Anaheim in the US. The recipient, Yasuki Ito, presented a commemorative speech after receiving the award from Katsuyuki Nakajima, chairman of the LVDD.

Denka Seiken has been selling the sd LDL-C diagnostic reagent based on this development in the US since July 2018 as an in-vitro diagnostic (IVD) reagent.*3 Being a product that can evaluate the risk of heart disease simply, quickly and cost-effectively, Denka Seiken is stepping up business expansion in Japan and China, as well as in the US, and will continue to contribute to the maintenance of human health and the prevention of disease.

At the 39th Conference of the Society for Chemistry and Micro-Nano Systems (CHEMINAS39), which was held at Kanazawa University on May 27–28, Shuhei Aoyama of the Denka Innovation Center’s Advanced Technologies Research Institute received an Outstanding Research Award in the poster category.

His award-winning theme was “development of lateral flow immunoassay devices utilizing thermally imprinted polymeric sheets,” and proposed a new immunoassay platform utilizing micromachining technology. Details of Aoyama’s study will be published in the society’s journal at a later date. 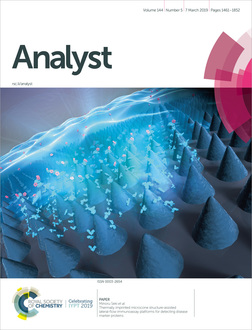 A paper written by Denka researchers, including Shuhei Aoyama, has been printed in the March 2019 edition of Analyst, a UK scientific journal published by the Royal Society of Chemistry. The paper was so highly rated it was also selected for the cover of the journal.
The paper proposes a new immunoassay platform that utilizes a polymer sheet fabricated by nanoimprinting (a type of micromachining technology). The microcone structure produced on the sheet allows for the high-sensitivity and rapid detection of an intended antigen. In addition, by examining the types of polymeric materials used and the shape of the microstructure in detail, the researchers accomplished the high-sensitivity detection of proteins in blood. Given the high degree of homogeneity and transparency compared to existing immunoassay kits, this new platform is expected to be applied as a next-generation immunoassay platform. 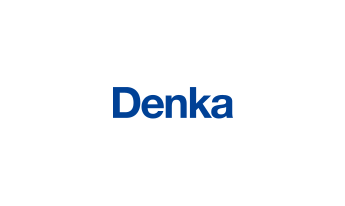 Denka received an A- rating in the CDP Climate Change Report 2019 relea...

The Denka Group operates environmental and quality management systems to ... 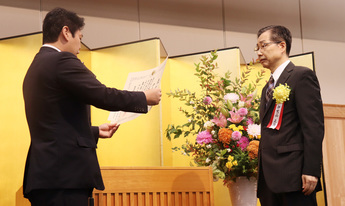 At a ceremony for the METI Industrial Standardization Awards held on Octo... 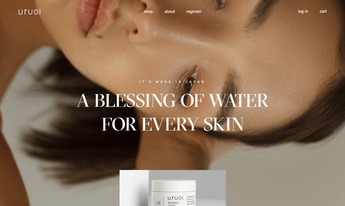 The global uruoi website, which is administered by Denka Corporation (New... 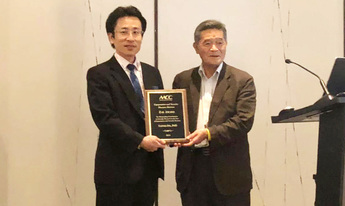 At the 39th Conference of the Society for Chemistry and Micro-Nano System... 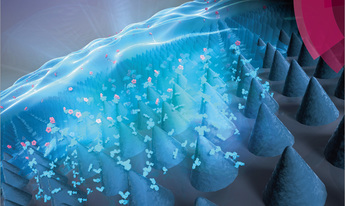 A paper written by Denka researchers, including Shuhei Aoyam...